This post isn't technically poetry, but I needed to put it somewhere.
----


A few months ago a tiny-dicked little piece of shit we call Lance Corporal Shinypants wrote the following in an email in which he threatened to sue me because I exposed him for the fraudulent grifter that he is. 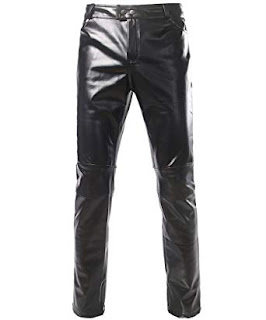 “You will be hearing from my attorneys in the next couple weeks. Although you have nothing at all to lose, we’ve checked. I guess that’s why your(sic) so spiteful, you’ve never accomplished anything in your life and your(sic) already over 50. Sad you have to engage in teenish behavior to make yourself feel like someone  of any significance.”


I’ve thought about that poorly written statement often over the past few months. I tried to tell myself that, considering the source, a con man who could easily be described as Donald Trump’s mini-me, I should just forget it and move on, but I can’t.


I’m a grown man, over fifty, and I know better, but I need to get this out and off my chest before it festers any further and drags me back down into the abyss I;ve worked so hard to climb out of over many years.


Lance Corporal Shinypants says I’ve never accomplished anything in a half century of sucking air on this rock. Well, I beg to differ, because Shiny doesn’t know shit about me, or about life in general it would seem.


I got married the first time at about twenty-four years old, and five years later, having fathered my first child, I got divorced, and it was an ugly divorce by any measure. For the next thirteen years I paid child support and spent every weekend and holiday I was allowed with that child. The courts never got involved in my child support because, with the exception of a few months when the child resided with me - by court order - when my attorney failed to get the support agreement suspended, I paid my obligation voluntarily. Today that child has a college degree and, at twenty-seven, is married and has adopted two teenagers and pans to adopt another foster child as soon as the system allows. I could not be prouder of the woman my baby girl became.


Twenty years ago I remarried, and soon after my second child was born. HIs mother, my wife, never went back to work full time after his birth because by the time our son reached school age she was physically unable to work a full time job. When we got around to looking into obtaining disability benefits for her we found that she didn’t have enough Social Security credits built up to qualify. That means that for the past twenty years I have supported myself, a wife, a child, and for thirteen years of that time another child through child support payments.
Almost ten years ago I started a business and have been self-employed ever since. Prior to that time I had managed to earn $40,000 just one year out of my working life, which began when I was thirteen years old, and yet, I managed to start a business that today generates almost twice that much in gross revenue (total receipts before expenses are accounted for). I may not ever be a wealthy man - my retirement account is still only four digits, and I’m working on that - but to say I have accomplished nothing in half a century is a crock of fetid shit. I may not have lots of fancy toys, and I rarely take vacations that don’t involve staying home, but considering what I’ve had to work with, I’ve done a hell of a lot. I own my time. I make my schedule. Last I checked, Captain Shinypants was working a wage slave job and renting rooms in his ginormous house to keep the mortgage paid


Did I mention that I also managed to put wheels under the butts of both my kids and my wife? Or that my work allows my wife to spend her time and talent supporting causes we believe in? Did I mention that in the past fifteen years I have produced roughly 200 pieces of fine art, and that some of it now resides in half a dozen states or more, and has been shown in several galleries around the region?


No, I didn’t, because I don’t need to wave my accomplishments around for all to see in hopes that someone will notice me. My ego doesn’t require stroking. I might not have a huge house, and I don’t ride around in a Cadillac or a Maserati, but I’ve also never been arrested, never had my own mother testify in court that I was such a danger to my wife and children that I should have my right to keep firearms suspended. I have never been sued for child support, never been accused of destroying my kids’ Christmas gifts, nor claimed to own highly successful companies that either do not exist or have had their corporate charters revoked, and I have never been suspected of trying to get kickbacks from my friends after being appointed to a position in local government.


I’m not a war hero, but neither am I a sociopath so hung up on my own image that I felt I had to lie about my own accomplishments and my own net worth to feel like a “real” man. That, to me, would be one definition of failure. Go look in the mirror, Mr. Shinypants. That’s where you’ll find the real failed human.
Email Post 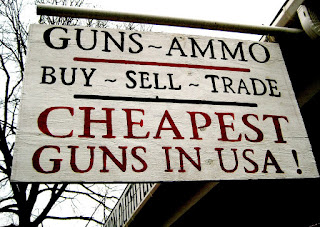 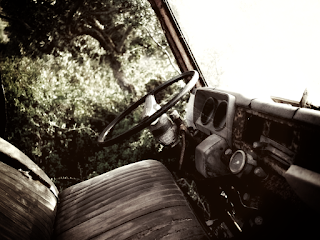